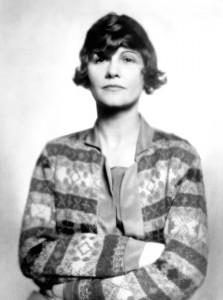 In the 1920s, American women were enthralled by the sophisticated designs that emerged from Europe. Europe, and in particular Paris, France, was the epicenter of all that represented fashion. Consumers were hungry for the latest styles both in clothing and jewelry. It was a time when American fashion industries, including jewelry manufacturers, all bustled to be the first to bring the designs back home to the American public. Women’s stores in New York were quick to advertise their new wares to feature the designs sponsored by, Patou, Chanel, Premet, and Schiaparelli.

The Madame of Fashion Visit American Coco Chanel
Chanel made her first visit to the American shores in March, 1931. Her travels were to take her from New York, America’s fashion center, to the spotlight of Hollywood to produce fashion designs for a Samuel Goldwyn motion picture. The offer was unmistakeably seductive for any person—a sum of one million dollars a year to come to Hollywood twice yearly to create fashions designs for his films. The cast of celebrity stars who were to benefit from Chanel’s keen fashion insights included Ina Claire, Gloria Swanson and Norma Talmage. But surprisingly, her intention was not to promote the elegant style of Coco Chanel with movie stars draped in silk satin evening gowns, her intention was to design clothes that fit the scene and the personality of each actress. She came to the states, without sketches, pins, or even a pair of scissors. “She was here to work on an idea and not a costume.”*

At her first reception, she entered in the style and fashion that she had come to be known: jersey, pearls and a bedazzling cuff of multi-color semi-precious stones. True to her European aesthetic, she was charming and bold, and contrary to today’s daytime jewelry fashion, she felt one should wear plenty of jewelry for daytime, and very little for formal evening wear.

Ms. Chanel never strayed from speaking her mind, and was full of opinions she shared with the eager media audience who wrote down her every word—some which she is now quite famous for saying.

• She did not think any one group set the fashion, neither was fashion confined to any one class.
• She believed, “Fashion is for the rich, the poor, the young, the old—it is universally adopted, or it is not fashion.”
• “Real chic means being well-dressed, but not conspicuously dress.”

As progressive as MME Chanel was in the twenties, she displayed a bit of conservatism when she addressed the recent state of fashion in 1931. Surprisingly, she detested fashion “revolutions” and preferred the gradual evolution of design, further commenting that the recent state of skirts (lengths) were too high. 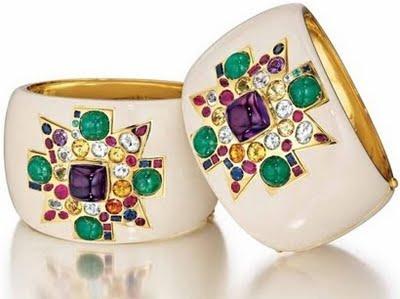 • 1931: Jewelry with matching bag clasps made of galalith in shade of white, light pink and light blue. 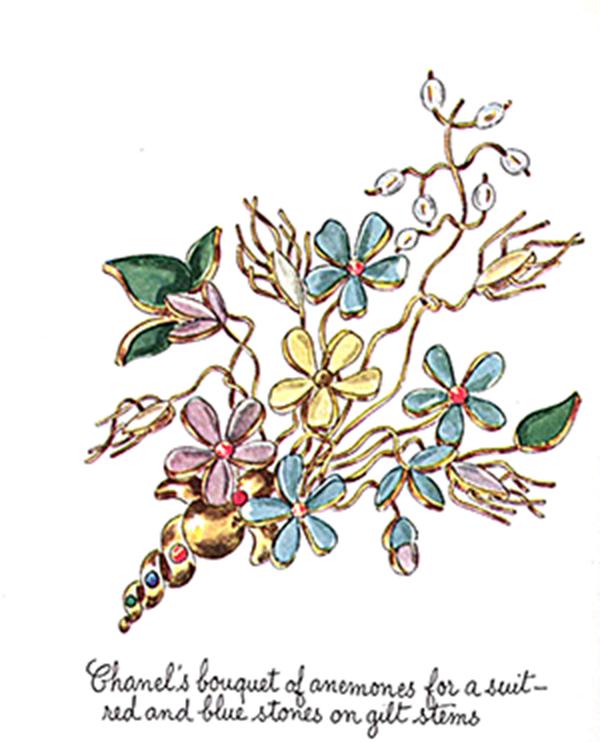