After nearly six decades, the mystery surrounding the Napier Mamie Eisenhower bracelet has finally been revealed. In December 1954, women’s editor Edyth Radom, of The Hartford Currant, wrote an exposé on The Napier Co. Featured in the article was Napier’s most famous bracelet, dubbed by collectors today as the “Mamie Eisenhower” bracelet. In the article, readers were told that only two bracelets existed; one bracelet worn by Mamie Eisenhower, and another kept secure under lock and key by The Napier Co. The caption under the detailed sterling bracelet read, “There will be no others.” This was a myth. 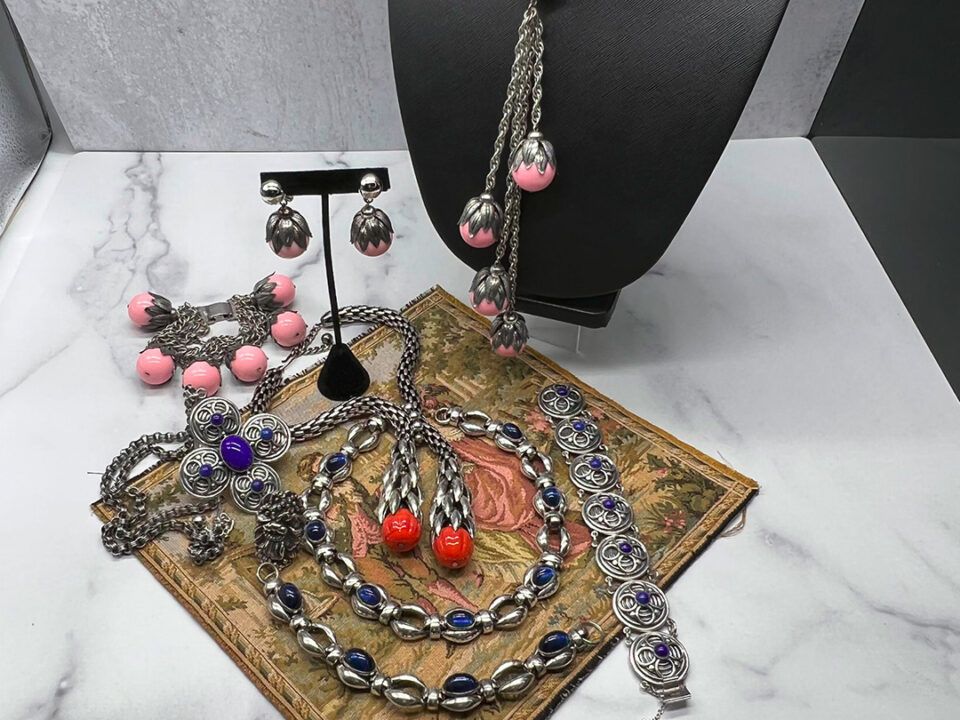