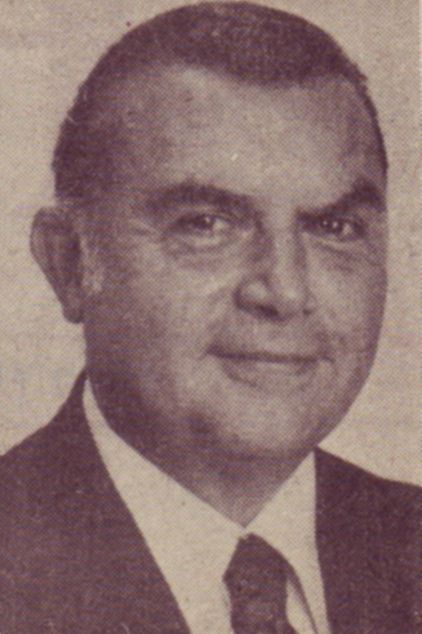 A Man With A Thousand Stories

There is an art to telling the rich history of a company that spanned more than a century. As a collector, curator, and a historian, I am clear that jewelry is not just about the piece itself, but the story behind it. I was recently privileged to interview a living treasure for the costume jewelry industry.

George DeCarlo recites the details, names, and circumstances as if it happened yesterday. This 94-year-old former director of fabrication and plant superintendent worked at The Napier Co., Meriden, CT. for 50 years. Sharp as a tack and a character to boot, DeCarlo is a tremendous resource to preserve the oral history of a bygone era with the spark of someone who loved the journey. As George says, “I can’t believe all the wonderful things that happened to me working for The Napier Co.”

DeCarlo started his career at Napier on August 4, 1941, after hearing there was an opening at the plant. The eager 15-year-old lied about his age and took a job earning 40 cents an hour in the buffing department where he would buff and polish both jewelry and giftware—making a few bucks over the summer.

Faced with a layoff, DeCarlo went from The Napier Co. polishing department to soldering department. He states, “it was a big deal … you didn’t have a lot of people there. People didn’t work that long. It was a seasonal product in a way.” For two years, he worked in the soldering department performing both soft and hard solder work as well as repair work utilizing some of his newly developed skills. Mesh bags were one of the first objects he repaired when he started, which led him to repair all kinds of bags. But his most important early repair work involved one of the wealthiest men in America.

The Napier name means “without equal,” which embodied the skill of Napier’s employees. In 1942 or 1943, George recalls that The Napier Co. received from Mr. Rockefeller a 16oz flask for extensive repairs. Mr. Otto Schaefer, plant manager at the time, brought it down for restoration to Gus Johnson, a silversmith, under whom George worked.

Gus took one look at it and said, “you can’t fix that. It’s not even worth fixing. Just send it back. Just give him another one.” With that, they called Rockefeller and said it was beyond repair. A month passed, and Rockefeller return the flask to the company and stated he wanted it fixed. Gus Johnson refused to touch it and said, “I’m not going to work on it.”

George soon found himself in an embarrassing position. He recalls, “Mr. Schaefer called me down a month later and explained to me that he wanted me to fix it. I said, ‘you’re putting me in an awkward position. I’m going to go down there with this flask, and Gus is going to say, ‘Oh sure, I couldn’t fix it, and I was your teacher, and now you’re telling me you’re going to fix it.’ Which was very embarrassing.” He continued to recall his encounter, “I’m not in an enviable position here right now. I told him, ‘I feel the same way. Maybe I can’t do it either. I’m at your mercy, and I’d really appreciate your help. Mr. Rockefeller said he wanted it fixed.”

The first thing Gus said to do was to take it apart, and the two men began by removing the neck of the flask. George and Gus then used a thin specialized saw to cut the flask into two halves and took it down to the press room to put it back in the original die to stamp it out again. George took out all the dents. They then wired it together and soldered it. “It was amazing … it came out real good,” George recalled. George speaks of how proud he was in performing the near-impossible task, and Gus was pleased that he helped George with it. “I walked down to Mr. Schaefer, and he sat me down and says … because years ago we’d used to say, ‘You’ve got a 2-cent raise and don’t tell anybody.’ Well, he gave me 10 cents. He was so pleased that I had fixed it that I got a 10-cent raise.”

In 1943, George left The Napier Co. to serve in the U.S. Navy. He recalls receiving from Napier a pair of sunglasses, a nail clipper, and sterling 8020 bracelet as a departing gift. Until recently, he still owned his treasured bracelet.

He served most of his two-and-a-half-year tour in the Pacific theater. He traveled to several countries and locations, including Okinawa, Iwo Jim, Philippine Island, Korea, and mainland China. His biggest highlight during his service while aboard the USS Alaska was being alongside the USS Missouri when Japan surrendered, officially ending the war.

The Napier Co. was eager to retain its most skilled men who had served during the war. George returned from his deployment to work under the direction of plant manager Doug Brown, and Gus Johnson, as his immediate supervisor. He accepted an apprentice position to become a master silversmith and entered the apprentice silversmith program. However, no sooner than his return, DeCarlo asked Gus for time off. Johnson conveyed the request to Doug Brown, who immediately called George into his office and said, “You’re looking for a vacation? You just started.” George replied, “I’m getting married, Sir. Plus, I’m getting married on July 4, and I’m losing my independence on Independence Day.” George received his time off to marry his bride, Virginia.

During this time, George worked with Emil Schuelke, the man most famous for his penguin shaker design, which remains a much sought-after piece of collectible barware. George states, “He was quite a man and designer. Mostly, he did giftware, but he did do jewelry.” But most fascinating in George’s recollection of Emil Schuelke, was how The Napier Co terminated him. George states, “He had a little argument with Doug Brown, so he was out, and they paid him for a year so that he wouldn’t go somewhere else. At that time, he was considered a good designer. That was some nice stuff.” Later it would be Doug Brown who experienced a sudden termination. Doug Brown was in the office of Mr. Napier, and there was a little “rhubarb.” Not long after the confrontational meeting, all the bulletin boards in the plant had an announcement posted that Mr. Brown was no longer with the company—the action was swift and decisive.

Abrupt terminations of this kind were not out of character for Mr. Napier. The environment at The Napier Co. fostered hard work by its employees. Those who worked hard were rewarded with promotions and long-term employment. Those who failed to meet the exacting standards of diligence and behavior expected by Mr. Napier, especially those who found time to chit chat unnecessarily, and ESPECIALLY when Mr. Napier observed such chit chat, were removed promptly from his employ. But despite the critique of those terminated, it was said by nearly every employee with whom I spoke, Napier was a tough but fair man.

Through the years, George received well-deserved promotions—from an assistant foreperson to foreperson in the soldering and giftware departments, to an assistant plant superintendent in 1980 and later plant superintendent in 1983 as well as director of fabrication. His work involved manufacturing, working with quality control, production control, tooling, personnel, and security.

The end of my conversation with George involved discussing the beautiful giftware designed by so many of the great designers, including Emil Schuelke. George said to me, “You’re going to get a kick out of this. I was looking through the book, and you see, I took a jigger and put a bottle opener on the bottom, so it was fitted and then put the ice tongs on it, and brought one into Mr. Rettenmeyer (then president and CEO), and he looked at me and asked, ‘Are you trying to bankrupt the company? You’re putting all the three items in one.’” The smart design ended up in the line and was called, “The Big Dipper.” George was pleased when they put it in the line, and ironically, it is featured in my book with the Schuelke design.

Nearly 49 years after George started his decades-long career, he left The Napier Co. in 1990 after losing his wife. However, shortly after leaving The Napier Co., he was recruited back by president and CEO, Ronald Meoni. George continued with the company for one more year, rounding out his 50-years with Napier in 1991.

As I spoke with George, he apologized for “yacking” on about his memories working for The Napier Co. Meanwhile, I thought to myself how lucky I am to have finally spoken with the oldest living employee of the once-great jewelry and giftware manufacturing company, The Napier Co.

Ms. Lewis continues to collect, purchase, and study all objects Napier to “recreate” the historic Napier archive. She welcomes offers for Napier advertising, company marketing, jewelry, barware and giftware. Most anything Napier related to preserve the history of a bygone-era. Please write: melinda @ napierbook.com

Copyright 2020. All Rights Reserved. No part may be used or replicated without written permission.

visit www.napierbook.com or https://www.facebook.com/thenapierbook/ for other archive information about The Napier Co. Your online resource images, galleries and Napier advertising.